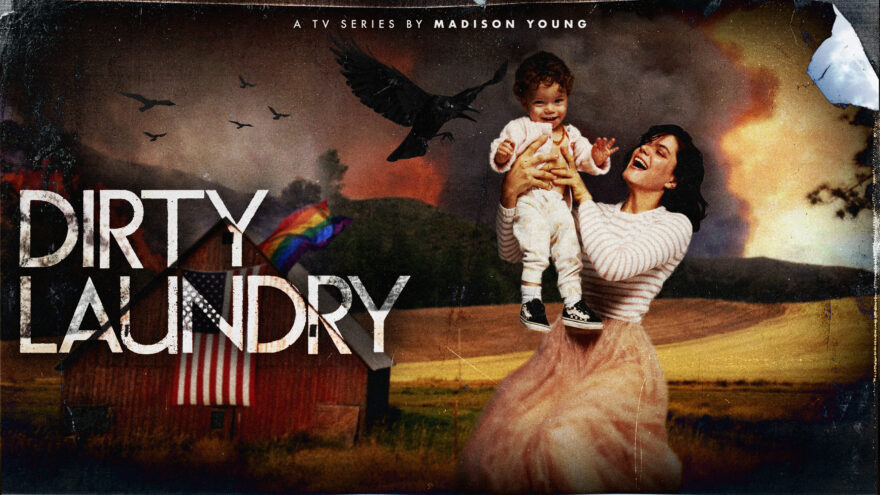 Artwork-wise, I treat most one-hour series as serious dramas, then go back in and add elements specific to their genres. For instance, this show has hints of black comedy, which I touch on in the cover art, with the crow swooping down toward the baby and the fire in the background. Another convention we use to make decks feel cohesive is to use a textured overlay throughout.

Writer, performer, and client for this deck, Madison Young is a talent to watch; just look at the praise she’s received:

MAGGIE GYLLENHAAL (on Madison Young’s Off-Broadway One-Woman Show): “It is radical—like nothing I’ve ever seen before. It changed my thinking about a lot of things. I was really inspired and it really did push my boundaries.”

DAVE NAVARRO: “Provocative and Brave! I was drawn in by her intensity, sex appeal and willingness to break down some of the mysteries surrounding alternative lifestyles. Madison has the ability to blend these worlds while maintaining both eroticism and intellect.”

MARGARET CHO: “Madison Young is an incredible and singular force in the world of art. Her talent, spirit and energy never fail to impress me. She is downright inspirational. We need her voice now more than ever.”