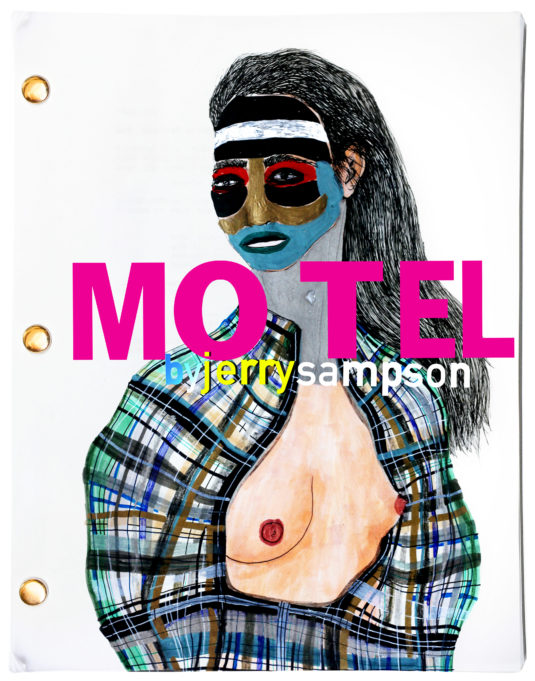 I’ve been a huge fan of David Carson since the late 90s. In my office at Ohio State, I had a stack of Ray Gun Magazines within arms reach of my keyboard. I referred to them often and even still have a few passwords inspired by them. Then a few years ago I was so completely overwhelmed by running my startup that I needed to find a designer to help me out. I’m looking through portfolios of great key art designers, but I asked myself, “what do I really want for this?” And the answer came back as, “I really want something edgy, and off-center like David Carson’s work. So, I emailed David Carson, and “OMG,” he emailed back. I couldn’t believe it. So, I ended up hiring my graphic design hero to work with me on key art type cover for screenplays. Working with David Carson on this cover collaboration, I realized how edgy I’m not. As far as I like to push things, he goes way further. It was a great look in the mirror for me. After David and I struck a deal, I turned to my wife and told her that he like the covers I did myself. I said, “You know what this means, right? I’m good enough.” She said, “Oh my god, people tell you how creative you are all the time.” I said, “I know, but they aren’t David Carson.” 🙂

David’s wife, Ola Carson, illustrated the woman, David did the type and I assembled the layout and worked on the color of the type. We arrived at this design after 2 or 3 rounds of options, where he sent me no less than 20 options per round. I was at a graduation ceremony at the Bauhaus in Dessau, Germany, when I received the first round on my phone. One, I could barely believe I was standing in the garden of Eden of modern design, and two, my hero is sending me his work to get my feedback. Wha?! I was playing it cool, but this was it for me this was closing the circle of my education.

Buy it printed on Redbubble Merch