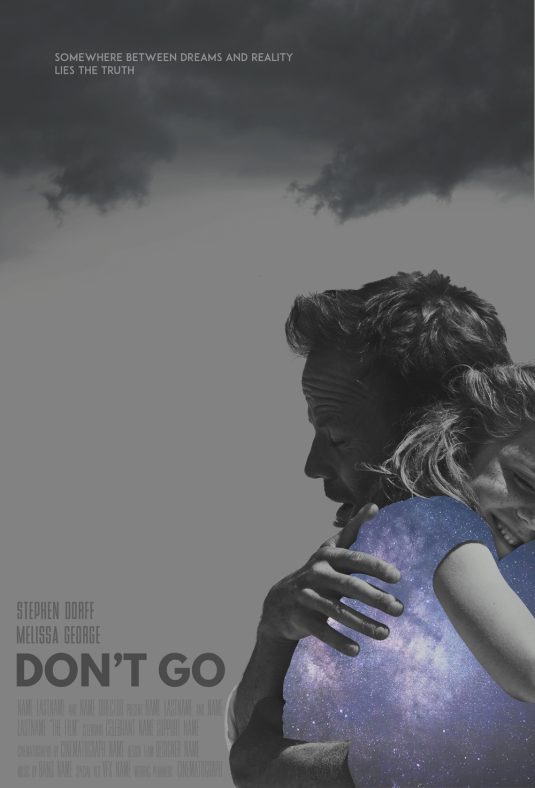 You may remember, I created the pitch deck for “Don’t Let Go.” After that writer/director David Gleeson, best known as the writer of “Tolkien,” secured financing for his film at the Cannes Film Festival. During the shoot, the film was retitled “Don’t Go.” Then, we designed the poster for its premiere, also at Cannes. Most importantly, IFC Films picked it up for theatrical release and used our Key Art. Yay!

And click here to see the international key art they used for the London premiere.