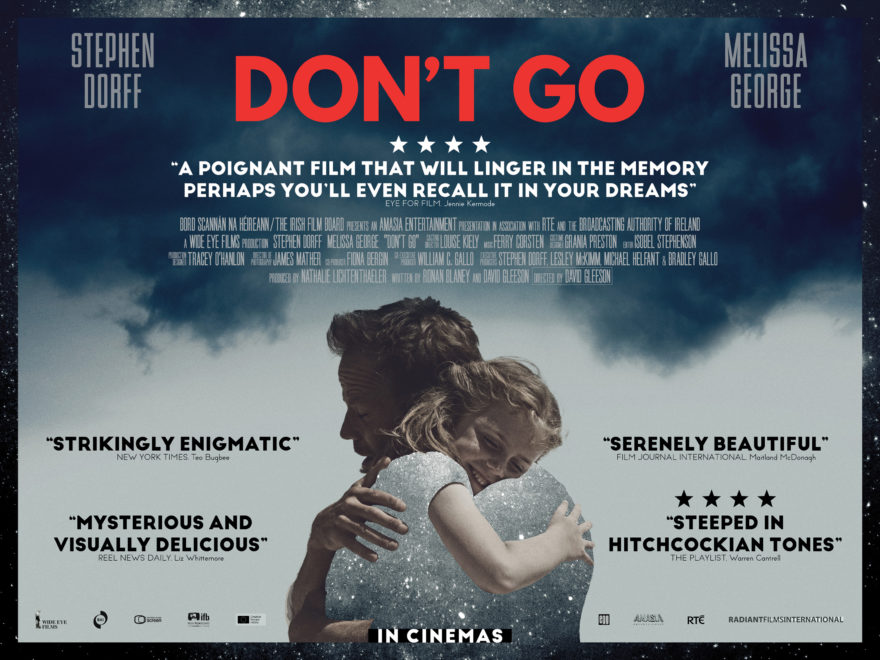 If you’re following the story of how “DON’T GO” went from a pitch deck to a finished film, then this update’s for you. I was so happy they chose to show an unseen key art concept for the London premiere. Turning this One-Sheet into a British Quad Theatre Poster with pull quotes was new for me. Although, it was a lot like doing key art for a pitch deck cover.

When I was at MGM, working on international theatrical was always my favorite because you get to be a little more out there and abstract with your concepts, aka “cooler”.

Honestly, I hadn’t heard of a British Quad Theatre Poster before this project. I had to get up to speed on the specs quickly. Below is the quick history lesson I received.

“The earliest posters for the film industry were issued in a wide variety of sizes. Around 1910, posters started stablizing in size and became focused on the film itself. The initial sizes issued were dictated by the paper industry (see Poster Development in the UK) and the Quad was one of the first sizes issued.

The British Quad measures 30×40 and was originally called the Quad Crown. This is a term that was given by the paper industry which is 4 times the size of a Crown (which measures 15×20). The original quads for issued in a vertical format by the major production companies.“